Caviar fish – what fish is caviar made from?

Caviar is a distinct culinary delicacy that is part of many gourmets’ special moments of delight. In general, the term “caviar” is used to describe the eggs (roe) of fish that have been treated with salt. A distinction must be made between the fish from which caviar is obtained. In addition to classic, genuine sturgeon caviar (or real sturgeon caviar), caviar from salmon, trout or other species of fish, as well as other caviar substitutes, are also available on the market. Learn more about the different caviar fish on this page.

Which fish does real caviar come from?

According to legal regulations, e.g. the Codex Alimentarius of the Food and Agriculture Organisation, only fish eggs of the sturgeon family (Acipenseridae) may be sold under the name “real caviar”. Sturgeon caviar is valued among gourmets for its slightly salty taste with nutty nuances and its fine, creamy melting. As most sturgeon species are on the Red List of endangered species, the catching and trade of wild specimens is banned internationally. Real caviar therefore comes from cultivated sturgeon grown in aquaculture or ponds. Animals of the genera Acipenser and Huso are particularly important for caviar production: 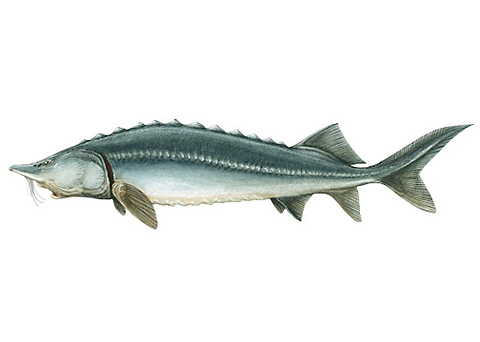 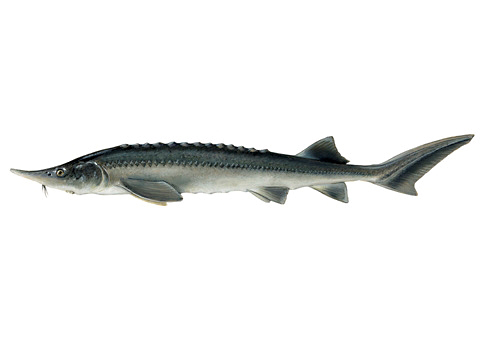 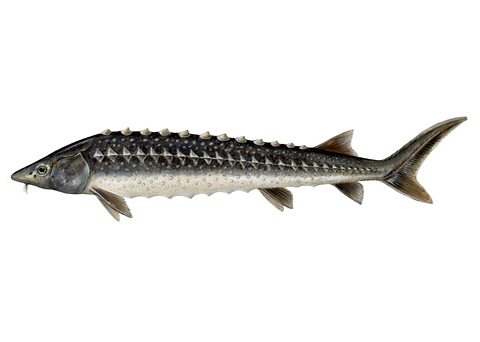 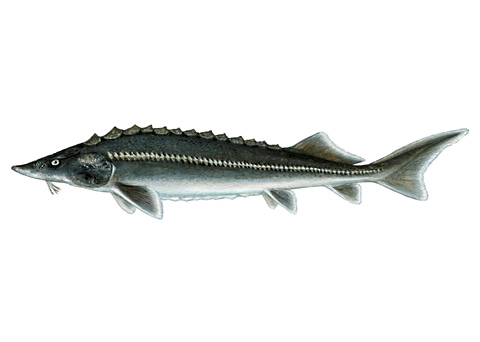 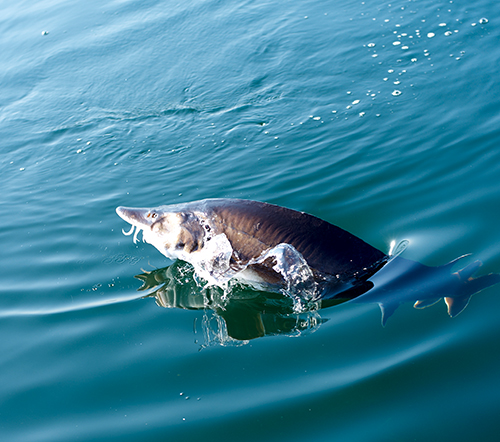 To a much lesser extent, the following species of sturgeon are also relevant for caviar production:

Normally, sturgeons are brown to grey to black in colour, but occasionally albinism occurs. Albino sturgeon were rarely caught in the past, so albino caviar was a particularly scarce delicacy. As so-called Shah caviar, albino sturgeon caviar was reserved for the high nobility for a long time. In the meantime, albino sturgeon can be selectively bred. For this reason, we are able to offer Royal Premium Gold Caviar, our high-quality Shah Caviar.

Caviar from fish that do not belong to the sturgeon family

As a low-cost alternative to real caviar, eggs from other fish are also offered in the trade. If the roe does not come from specimens of the sturgeon family, the caviar fish must be declared as an additional designation on the product.For example, so-called “German caviar” is a popular product. It is the roe of the lumpfish that is salted and tinted black to look as similar as possible to the original.The red eggs of the dog salmon are marketed under the name Keta Salmon Caviar (or “Keta Caviar” for short). Most of this salmon caviar comes from Canada and is notable not only for its intense orange colour but also for the large diameter of the grains (up to 5mm).Trout caviar is also widely available. The grains of this caviar are golden to orange colour and relatively small.The processed roe of a number of other freshwater and saltwater fish are also marketed as caviar substitutes. These usually contain the fish species as an addition in the name (e.g. whitefish caviar, pike caviar, herring caviar, etc.).
Royal Caviar is committed to providing high quality products. For this reason, we have made the conscious decision not to sell caviar substitutes and only offer genuine caviar from sturgeon in our online shop.

Vegetarian caviar surrogates made from seaweed

Modern food technology has succeeded in developing vegetarian or even vegan caviar alternatives. These commercially available products are for instance made from algae or seaweed and look confusingly similar to “real caviar”. These black balls also have a marine flavour due to the ingredients that come from the sea. However, such caviar substitutes usually have a long list of ingredients. This is not surprising. After all, the consistency and flavour spectrum of natural caviar must be imitated with a variety of artificial aromas, colouring agents, flavour enhancers and preservatives.

Cookie-Zustimmung verwalten
This website uses cookies to provide you with the best possible service and to improve the user-friendliness of the website. By clicking on "Accept all", you agree to the use of cookies. Under "Settings" you can customise the cookies. You can find more detailed information in the